The Musicals of Leo Schwartz 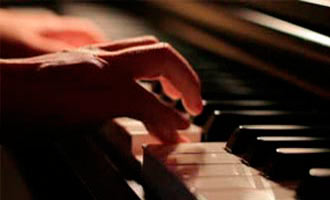 Leo Schwartz is an award-winning composer of stage, screen, and concert hall. His “TILL – The Musical” with DC Cathro was a Next-link Production at the 2019 New York Musical Festival and won 11 awards. TILL was produced by the American Theatre Group in South Orange, New Jersey in February 2020. He is the producer and writer, also with Mr. Cathro, of the Off-Broadway musical, “The Book of Merman” which ran for 5 months. His musical “Under A Rainbow Flag”, won the Joseph Jefferson Award for Best New Work in 2013. His musical song cycle, “We The People”, written with Sean Chandler, was premiered by Flying Elephant Productions in January of 2018 in Chicago. He and Mr. Chandler have also written “RUNNING”, a rock musical based on the multiple award-winning film script of the same name.

Leo has also written numerous works for the concert hall. In February 2023, the Cypress Symphony Orchestra will premiere his orchestral work, “Sinfonia Concertante on a Theme of Bernstein”. In August of 2021, the Rona Quartet premiered his horn quartet, “Three Bagatelles” at the International Horn Society symposium. He is the Composer in Residence for the Chicago Clarinet Ensemble.